How to Repair Cracked Paving

Soils with a limited load-bearing capacity need to be stabilised so that the roads built on them will not degrade prematurely once the base fails. This article discusses some of the factors which you need to think about as you select a way to stabilise that soil prior to constructing a road surface.

Different soil stabilisation binders, such as hydrated lime, require varying amounts of time in order to cure and create a stable subbase for a road. You should weigh the implications of that curing time as you make a selection decision. For example, select a stabilising agent with the shortest curing time if you are repairing an existing road and that road must be open to traffic quickly.

The potential environmental effects of the stabilising agents should also be considered as options are narrowed down. Some binders may not be suitable for use in fragile ecological zones in case those stabilisers will keep leaching into the surrounding waterways and groundwater. Select road stabilisation agents whose environmental impact has been assessed and found to pose minimal or no harm to the environment.

The manufacturers of road stabilisation agents usually recommend the conditions under which those substances should be applied for optimum results. For example, the manufacturer may stipulate a desirable temperature range within which a given binder should be used. Avoid selecting a product which can only be applied within a narrow window of ideal conditions. Buy a product which can be used during a broad spectrum of conditions so that you avoid putting the project on hold in case a delay causes the contractor to miss the narrow window of favourable conditions.

Different road stabilisation agents respond differently to the conditions to which they will be exposed once they have cured. For example, one product may be unable to flex during the expansion and contraction which occurs as seasons change. Another product may take such changes in stride and remain stable. Only use binding agents which can withstand the different conditions to which the road will be subjected once it is open to traffic.

As you can see, many factors need to be ascertained before a road stabilisation product is selected and used during a road construction or rehabilitation project. Get the right expert help so that you narrow down the stabilisation agents on the market to those which are best suited to your needs. Other considerations, such as the cost, can then guide you as you make the final selection. 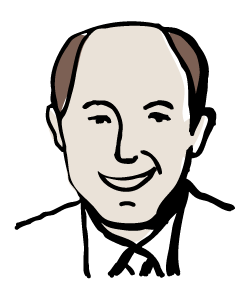 Hello, my name is Craig and I live in New South Wales with my wife and our two dogs. Last year, my wife and I moved into a new property on the waterfront. It was a dream place with a large lawn, plenty of space and great views. However, we did notice one problem. The paving in the yard had become cracked. I know how to do a lot of things around the house but I do not know how to repair cracked paving. I called in a friend who is a paving contractor and he repaired the paving. He also gave me some great advice so I decided to start this blog.